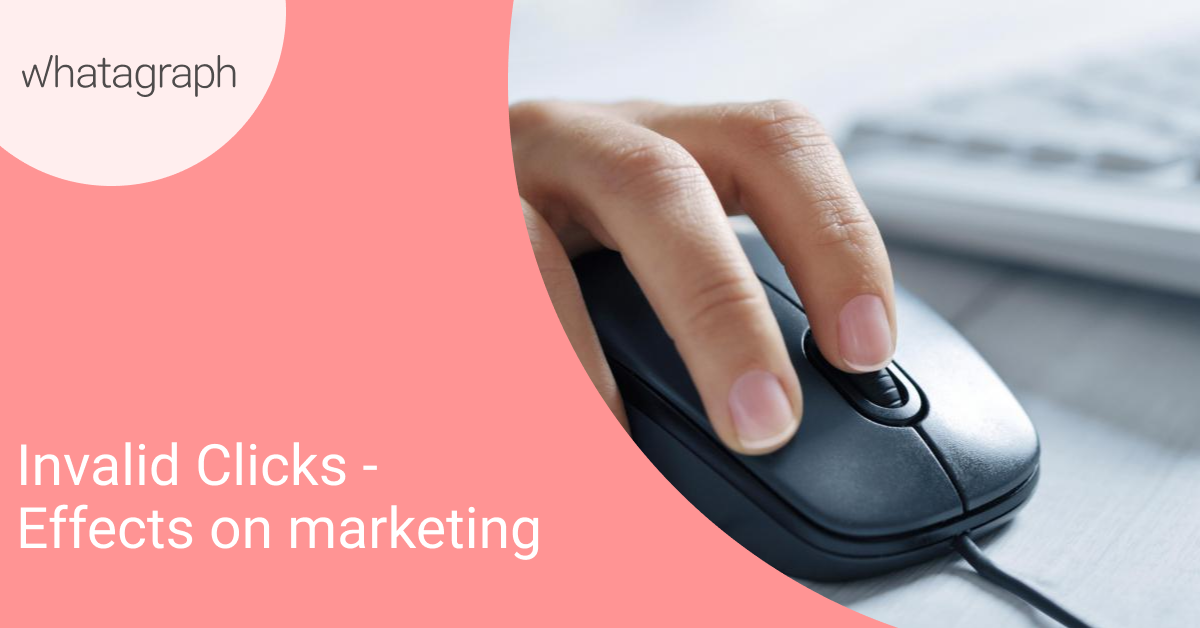 All About Invalid Clicks & How They Affect Your Marketing

Ad fraud and invalid clicks have become a huge burden on PPC campaign budgets. Ad fraud is aimed at purposely expending firm's budgets by clicking on various ads - typically with the help of bots. Let's take a look at what the exact damage these activities can inflict on your ROIM and what you can do to avoid this.

Once you start looking into this world of invalid clicks, you start to see terms like click fraud, ad fraud and botnets. Suddenly, things start looking a lot more serious.

So if you’ve wondered how those invalid clicks on your PPC ad reports are affecting your bottom line, this post should explain everything you need to know.

The term invalid click refers to any non-genuine click on your paid ad links. By non-genuine this can include:

You’ll have noticed a few references to suspicious activity and vindictive clicks, and this is where we open up our nice big can of worms.

Click fraud and ad fraud are both very big problems in the world of pay per click advertising. The term invalid clicks works twofold to cover every type of non-genuine click and to sanitise the fraud that is constantly happening, diverting attention from this very real headache for Google and all the ad networks.

Click fraud doesn’t cover all of the invalid clicks happening on your ads. Yes, there are still genuine accidental clicks and clicks from automated web crawlers that zap your PPC ads occasionally.

But it’s this form of invalid click that the platforms usually defend against quite successfully. PPC fraud is a whole other ball game and one that is alarmingly common.

Click fraud is usually done by competitors to deplete your marketing budget. Consider that if you’re paying $10 or more per click, your competitor could click your paid ads just ten times to put you $100 out of pocket.

If they do that every day for ten days, you’ve spent $1000 on nothing. Does this happen? Well, yes it does, and we’ll look at the stats shortly.

How about ad fraud?

Methbot and 3ve (Eve) are two of the best known examples of high level ad fraud, which scammed advertisers out of millions, possibly billions, of dollars. Both of these used a network of millions of bots on infected servers and devices to defraud advertisers.

The standard practice is to create a fake website (spoofed domain) and then host those fake ads or videos. And using an army of bots, it's easy to collect a massive payout on millions of fake clicks or video views.

Now, another term to throw out there is click injection, or click spamming. This is a type of ad fraud normally perpetrated by malware apps which, once installed on a device, can click away in the background on ads.

Mobile ad fraud is a growing industry, and is predicted to be the biggest source of ad fraud in coming years.

Both click fraud and ad fraud are terms that most marketers are well aware of, and so are the PPC platforms. Google, Facebook, Microsoft and all of the major pay per click networks are working to combat these practices. But the truth is, their efforts are constantly thwarted by clever developers.

So, how much click fraud is actually going on out there?

A recent report from the University of Baltimore found that on average, around 14% of all clicks on paid ads are fraudulent.

This amounts to around $24 billion globally going to PPC fraud, although some estimates put this amount at least three times higher.

But, this 14% is just an average. Some industries such as finance, or on-demand services, see a level of fraud on their ads well over 50%. Data from click fraud prevention software ClickCease shows that in 2019-2020, levels of fraud were highest in the following industries:

Now, when you consider that keywords bids in some industries can be $100 or more,those figures can be dizzying.

To add to the woes of marketers during the coronavirus pandemic, ClickCease also reported a rise of 21% in fraudulent traffic during May and April 2020. And again, in some industries the surge in PPC fraud was over 30% or 40%.

As a marketer, do you factor in paying this amount to PPC fraud?

If you’ve used any sort of reporting software, such as Whatagraph, you might have noticed invalid clicks and assumed that it’s just part of the marketing landscape.

In fact, there are some things you can do to prevent click fraud and PPC fraud in general.

When it comes to stopping fraud on PPC ads, there are two approaches; the manual and the automated.

Of course, the automated is the easier option, which uses subscription software to block fraudulent clicks. These tend to filter out known blacklisted IP addresses, can help you identify if a competitor is clicking your ads, and are very effective at spotting bot traffic such as the types used by ad fraud organisations.

For those looking to go for the manual route, these are the essential steps to blocking click fraud on PPC ads.

You can check your log to see if there are any duplicate clicks from the same IP address. This can often be a sign that you’re being visited by either a vindictive competitor or data server.

By excluding geographic locations from your ad targeting, you can minimise your exposure to PPC fraud. If you’re a global business, this can be tricky, as you want to get the most exposure possible.

Often, the types of keywords that are hit hardest by PPC fraud are the high value ones. Avoid bidding on general keywords and instead go for long tail or specific search terms. You can also put high volume, low converting keywords on the negative keywords list to avoid being visited by fraudsters.

As an example, instead of bidding on ‘plumbers in London’, you could look at targeting terms such as ‘emergency plumber in South London’. This will avoid general searches and most likely target people looking for immediate service in a specific area.

Watch your bounce rates and CTRs

An indicator of fraudulent traffic is, normally, surges views or impressions accompanied by high bounce rates or low CTRs. Keep a close eye on your PPC ad traffic and if there is anything suspect, try and understand what is causing the issue and isolate it.

You can, of course, avoid all these headaches and free yourself up to do your job without worrying about fraud. Click fraud prevention software such as ClickCease or CHEQ are the two market leading options, offering a high level of protection.

Despite a few initiatives aimed at cutting back on click fraud and ad fraud, the actual volume of fraud has been climbing year on year.

Google added their Play Protect for the Android app store to prevent ad fraud malware, and ads.txt was introduced by IAB Labs to stop domain spoofing, which is a common way to monetise fake traffic.

Both of these have had some limited success, but are far from stopping the problem.

And the problem is, click fraud is easy to do, and ad fraud is highly profitable for enterprising scammers.

At the moment, forecasts for click fraud put the amount at anything up to around $65 billion by 2025. For all marketers, it is becoming ever more important to watch your PPC ad traffic and look at ways to protect your marketing spend.

Because, if you’re running pay per click ads, you can assume that at least 14% of your ad spend is not going to advertising.

Find out more about click fraud and ad fraud and how it works.

This article was writen in collaboration with Oli. He is a freelance content writer and self-made marketing expert currently based somewhere in Europe. When not writing about fraud or marketing, he can often be spotted falling off a skateboard or snowboard somewhere around the world. 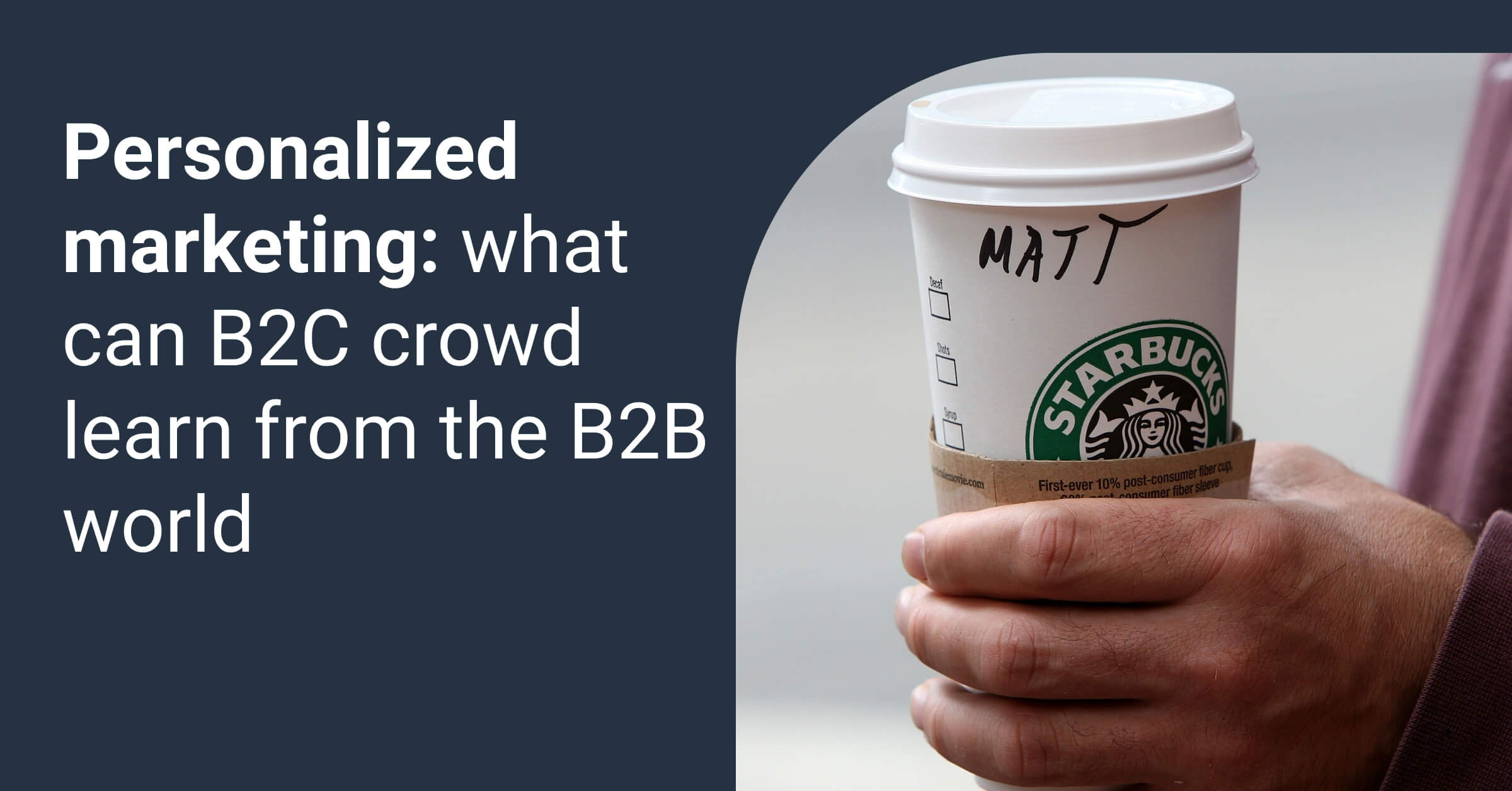 Personalized marketing: what can B2C crowd learn from the B2B world
Personalized marketing has been trending recently, but its application started all the way back in the early days of social media advertising. Yet it’s B2B businesses that have been personalizing their products, services, customer and sales experiences - and not by their own choice. What can B2C crowd learn from that experience?
Read more... 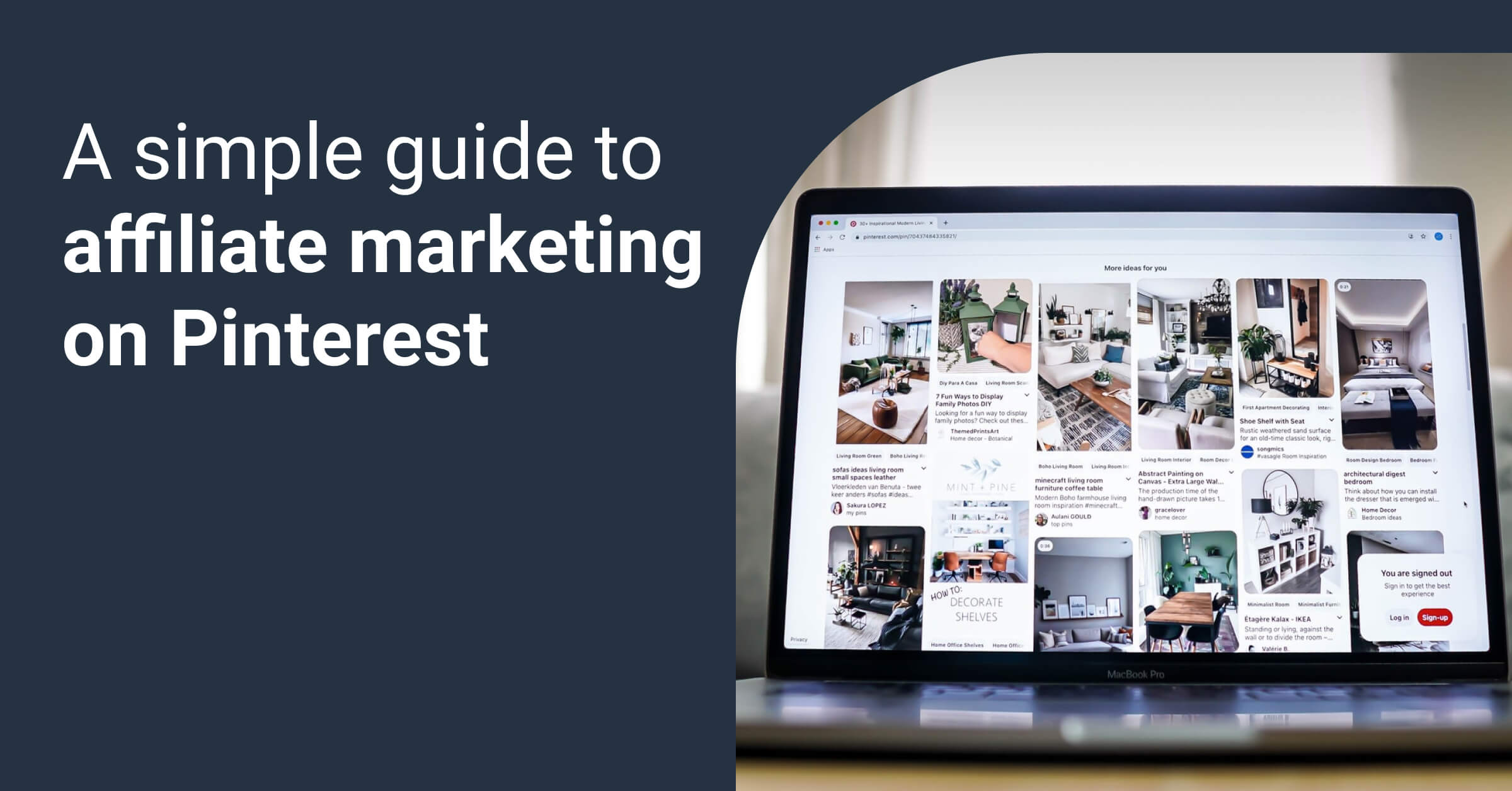 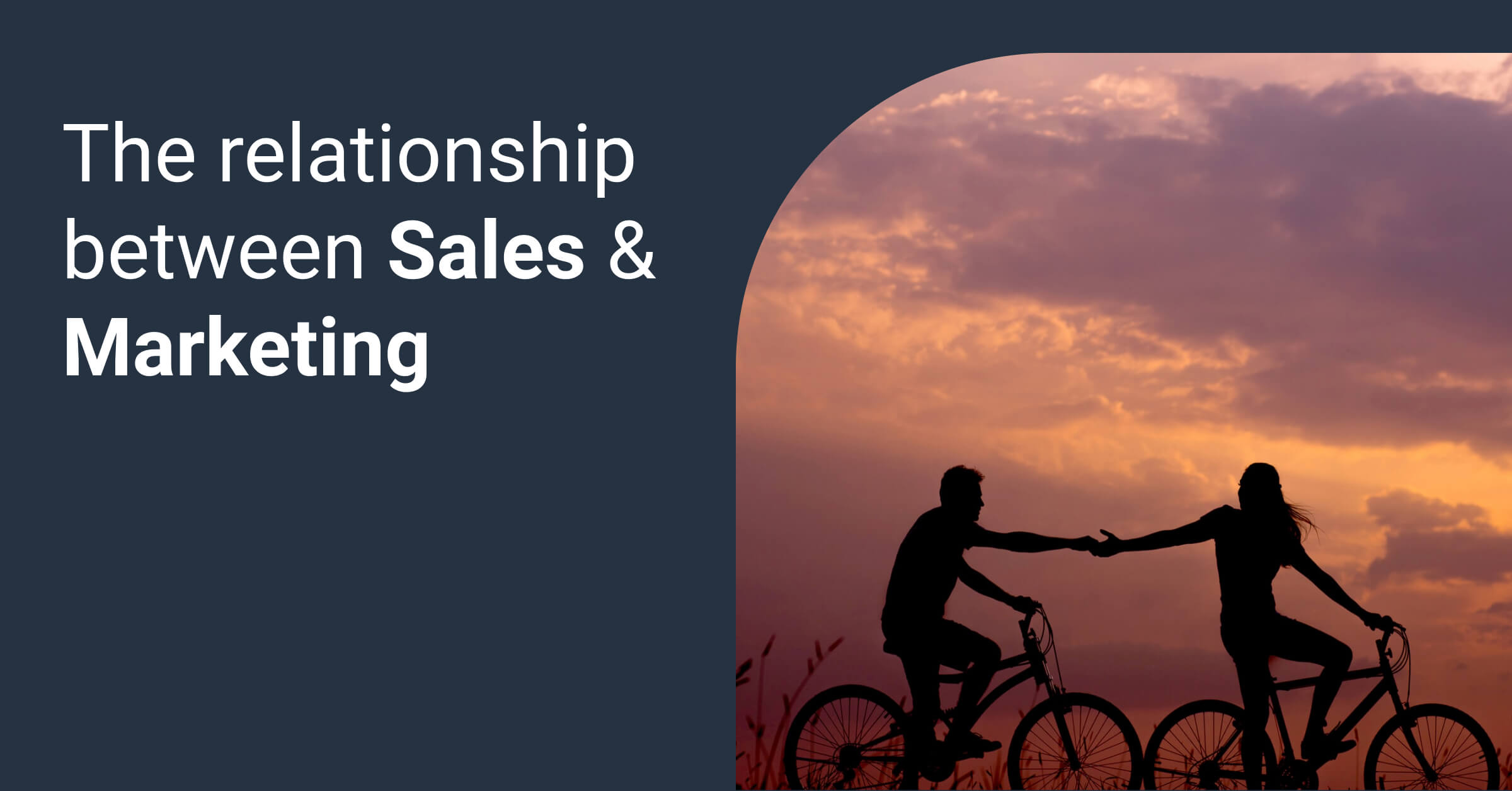 Relationship between sales and marketing - a traditional rivalry
A traditional rivalry, going back all the way to the beginning. An industry-agnostic problem that is there, under the surface, causing tensions inside the office. Is it a real problem? Are there any solutions?
Read more...

By Whatagraph team in Marketing
Apr 23, 2021 ● 4 min read
Join our newsletter mailing list - over 2000 agencies and marketing specialists already have!