Guide to Email Tracking and Analytics

Email is said to be one of the key marketing channels for businesses of any type. Everyone’s got an email account. It’s effortless to receive and read emails on virtually any device and it doesn’t take a rocket scientist to send a good email campaign. 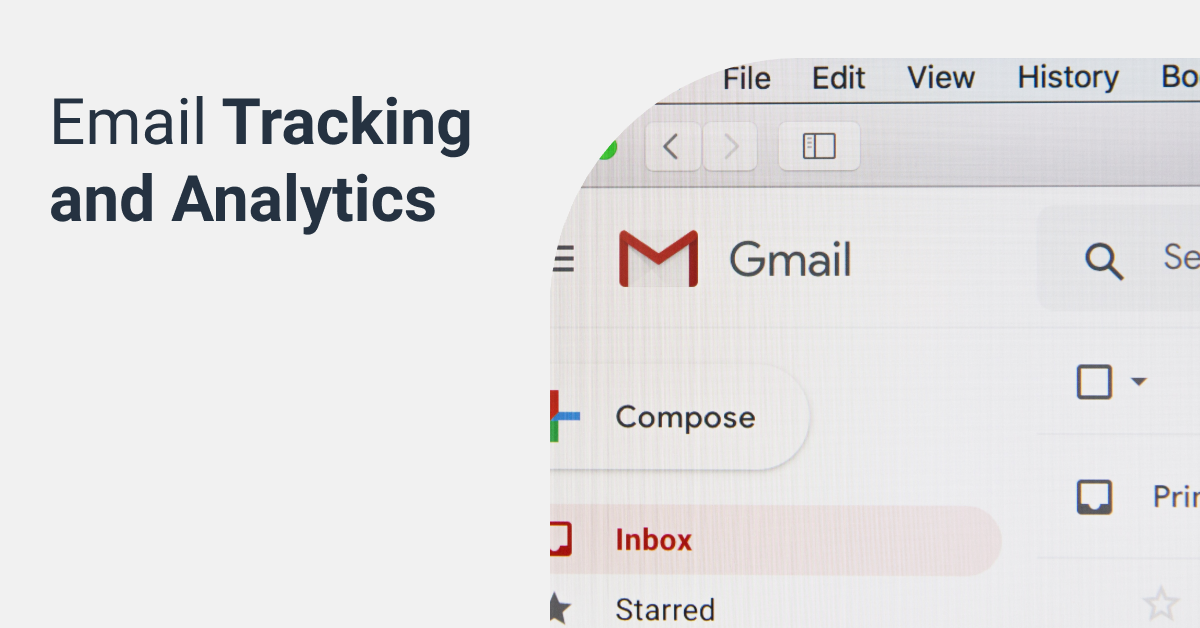 If you’re serious about emails (and you should be), it pays off to track your campaigns’ performance and improve them based on the data readily at your disposal. This is when email tracking and email analytics come into the picture. What are they? How to go about them? That’s what I’m going to share with you today.

Why is email marketing important?

There are certainly more modern and trendy methods of reaching out to your potential audience. Yet, despite its age and relative boringness, email marketing still stands out from the crowd.

More than 70% of customers prefer to receive communication from businesses via email, leaving all other channels far behind. At the same time, the email’s ROI is repeatedly valued at 38:1 and north of it. This means that for every dollar invested in running email campaigns, you get 38 and more in return. If you ask me, it’s worth the effort.

But let’s be honest here - not everyone gets to such extraordinary multiples. Many companies neglect email marketing, sending boring, poorly-formatted emails to the wrong audiences that repeatedly ignore them.

Managers get frustrated because the ROI isn’t precisely what they had hoped for. Readers are annoyed because their inboxes are cluttered with welcome emails they have little interest in. And the bills go up as the email list size grows, without a viable growth in revenues.

A straightforward solution to all these problems is understanding the audience better and the things they care about. As you’d likely have trouble interviewing even a small chunk of your email list, using some analytics can be a far more efficient approach.

The two words frequently used when analyzing the performance of emails are tracking and analytics. They’re very similar, to the point that many marketers use them interchangeably.

Email tracking is about, well, tracking how recipients treat the emails you send to them. You can do it with the dedicated tools for email tracking that I’ll discuss later in the article. Almost all the platforms for sending emails (ESP) also include features for monitoring e.g., email opens or clicks.

Some would argue that email analytics is a broader topic. It’s also about tracking the behavior of your email recipients. But on top of that, email analysts think about the concepts such as list growth rate or the ROI I already talked about. You could say they’re looking more at the big picture.

But since it’s usually the same person that tracks emails and makes conclusions based on the gathered stats, there’s little point in discussing the difference any further. Let’s talk about how tracking works.

In the early days of emails and the first email clients, read receipts used to be a thing. That was something you would toggle in the settings of your clients. Then, with each email sent, a client would automatically send a request to the recipient asking them to confirm that they have read the message. If they did confirm (manually or automatically), an email would be tagged as read on the sender’s end.

Read receipts never gained much traction though they’re still used in some corporate environments. While they could work for internal communication (a manager asking team members to confirm they have read an important update), the read receipt is not something you want to send to a client or a potential lead.

That’s why marketers moved on with a bit more creepy methods of tracking their emails. Nowadays, nearly all email trackers utilize the so-called tracking pixels. These are the small, 1px transparent images sent by default each email. When a recipient opens a message, a pixel is loaded and the tracker is immediately notified of this fact.

As the pixel is transparent, it’s invisible to the recipient that, technically, doesn’t even know that they’re tracked. Though, a bit more tech-savvy user anticipates it right away. Some even block the trackers with various available methods. Most don’t, however, which makes the pixels a fairly reliable tracking tool.

Among other tracking methods, trackable links are also prevalent. These are the links modified with specific parameters (most commonly with UTM tags). With them, tracking software can quickly determine which links are clicked.

Some marketing automation tools can even track the entire journey of a user, from a click on an email to, for example, a purchase of a particular product.
Why is tracking important?

As you can imagine, tracking how users interact with emails can be an invaluable resource.

For salespeople trying to convert leads from their sales funnel, seeing who actually opens emails can be priceless. If they keep emailing a lead and the person on the other side never cares even to open a message, there’s little chance they’ll open it on the next attempt. However, if they notice an increased interest on the other front, a smart follow-up email or a call could often seal the deal.

What matters for marketers is understanding their audience - what they like and dislike, when they are most likely to purchase, and how different types of emails impact their behavior. With tracking and analytics, they can use the empirical data to improve their email campaigns, effectively driving better conversions going forward.

Finally, tracking the data behind your emails can boost the delivery rates of future campaigns. Many factors are considered when email servers decide if an email should be allowed into an inbox. Authentication methods such as SPF records or DMARC play their part. The sending history and the engagement from the past emails are critical too.

For all those reasons, I believe digging into your numbers is always a good idea.

Metrics to track in your email campaigns

Depending on the tool of your choice, there can be many things you can track.

With open rate tracking, you can easily see which campaigns resonate with a particular audience and which don’t. Of course, the stats can be skewed a bit because of the imperfections of tracking pixels. But it’s a reliable method for testing various subject lines or, for example, the best times for sending.

Clickthrough rate tells you how many readers chose to click on either of the links inside an email. It’s a far more important metric for marketers than an open rate because it lets them gauge their audience’s interest and see what resonates best with them. It’s an excellent metric for A/B testing.

It can also be useful for user segmentation. For example, suppose a particular group of users displays an interest in a link related to a particular product or a service. In that case, it’s probably worth targeting them with more dedicated mailing.

This ultimately leads to the conversion rate. It starts with a click on a link and ends with completing a specific goal relevant to your business. This can be, for example, a download of an ebook or, ideally, a purchase. Conversion rate tells you how many of the contacts you send an email to end up converting to your goal. A high conversion rate often leads to a high ROI of your marketing campaigns, so that’s something you shouldn’t underestimate.

Three stats tell a lot about the performance of your list. This is the percentage of people that unsubscribe, bounce, and report you for spam. Naturally, you want to have the lowest numbers in each of these categories as possible, with a particular focus on the latter two. Losing people that unsubscribe is always a sad event, too but it’s nowhere close as harmful as the other two.

If you send a particular type of content and it leads to a wave of unsubscribes or “spams”, there is a good chance you shouldn’t be sending that kind of content too often. If your emails bounce at an alarming rate, it’s the quality of your list that needs a closer look. Also, make sure you don’t make any grammatical errors when composing your text as it's a very important part of your emails and CTAs.

And, of course, the overall ROI of your marketing campaigns is the most critical metric. It tells you how much money your campaigns generated in relation to the total spending (salaries, subscription fees, others).

When calculating the revenues, it’s essential to look at metrics such as customer lifetime value, using the data you already have. Seeing that it costs you $20 to acquire a customer that purchased an item for $10 doesn’t seem like a great use of funds. However, if you know that these customers tend to be coming back, buying a lot more, and increasing their purchase amount, this can be a whole different story.

There’s no single best idea for email marketing campaigns because there’s no single identical audience. What works for one will prove futile for someone else, and vice versa. For that reason, it’s always worth supporting your assumption with a set of metrics you can easily track. With the abundance of available tools, it shouldn’t be hard at all. 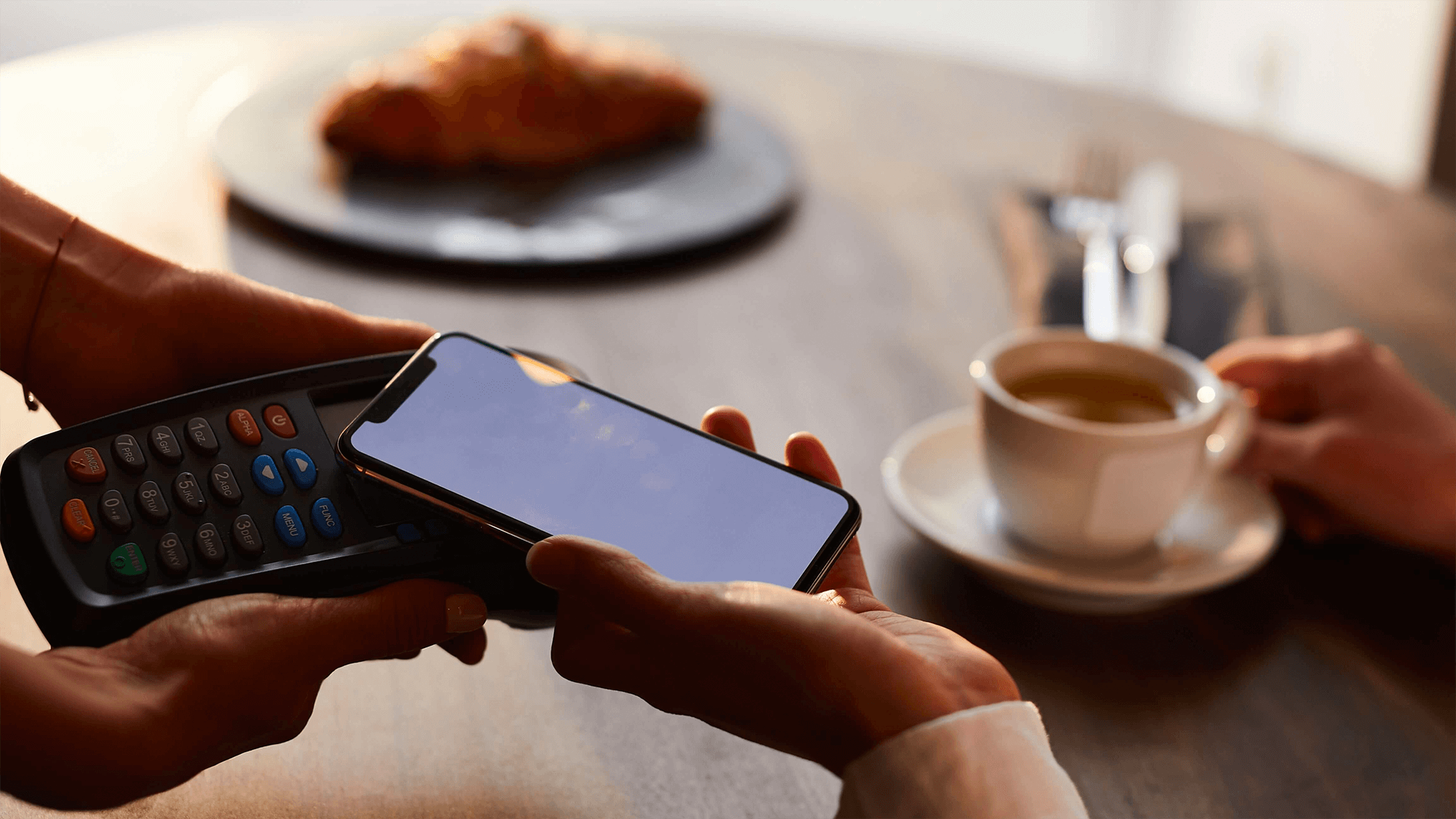 Sell-through Rates: How Big Brands Are Increasing It 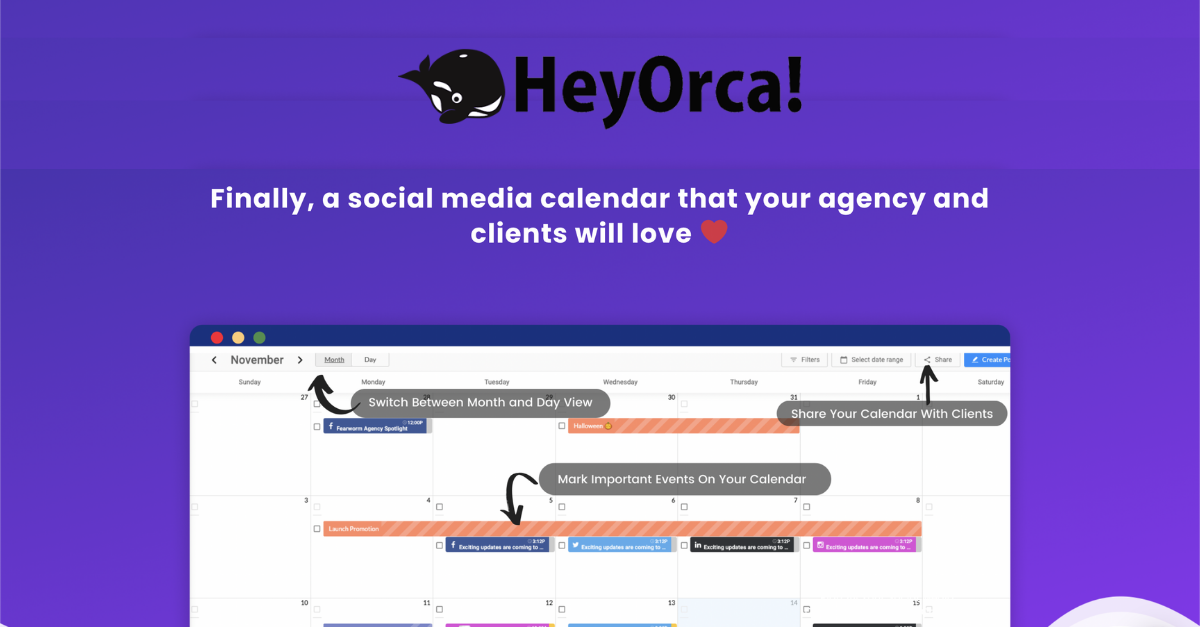 Exciting news: We’ve got an early Christmas gift for you 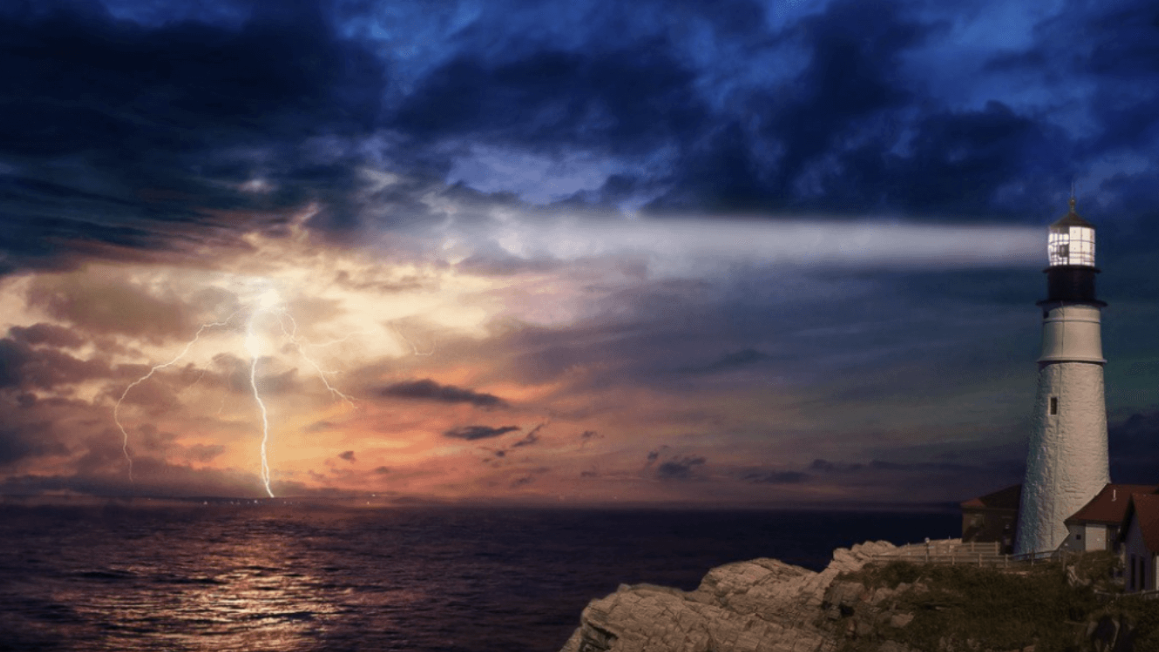 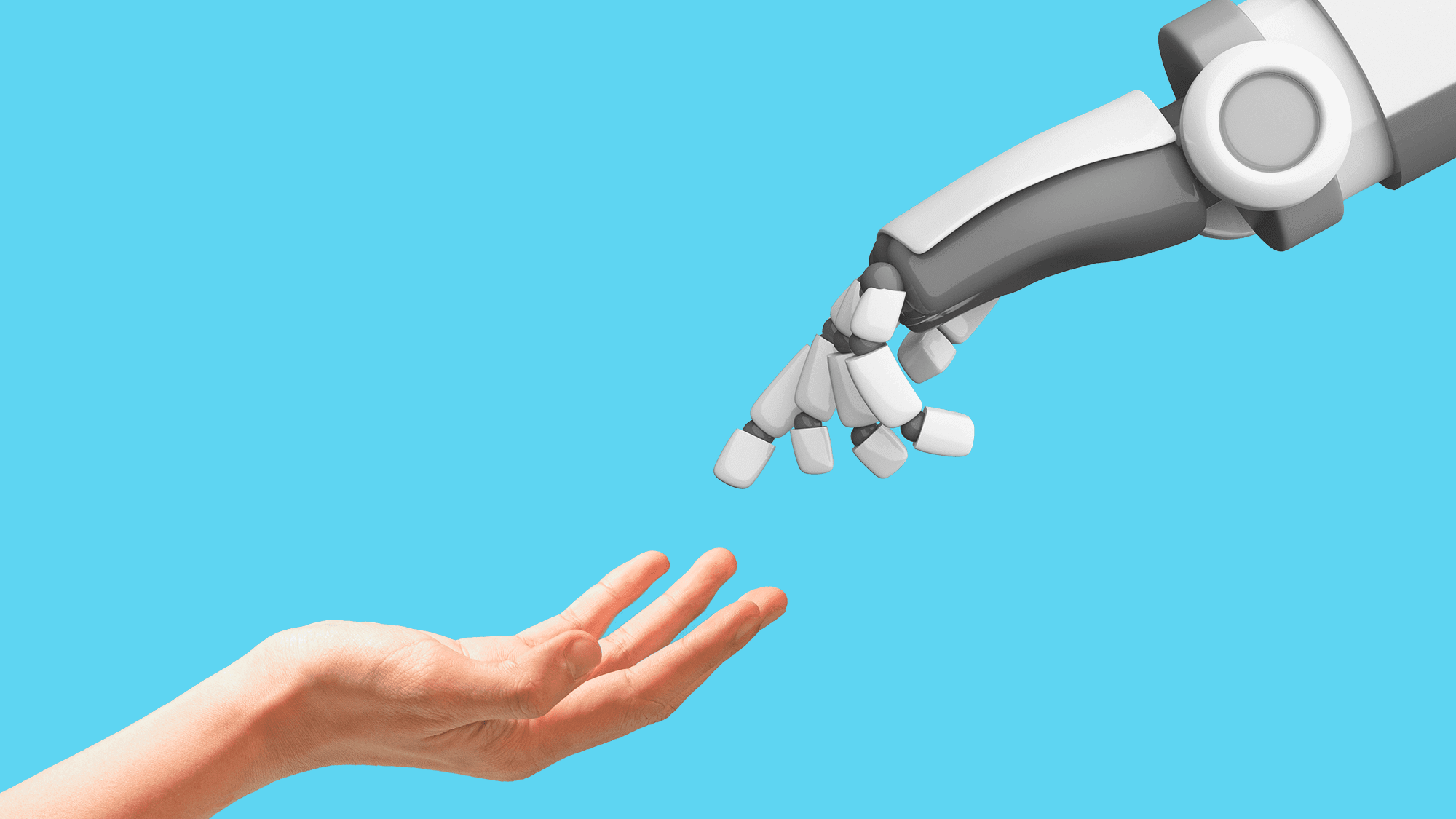 Use of AI in marketing: present and future

How a digital marketing company engaged their clients with beautiful reports 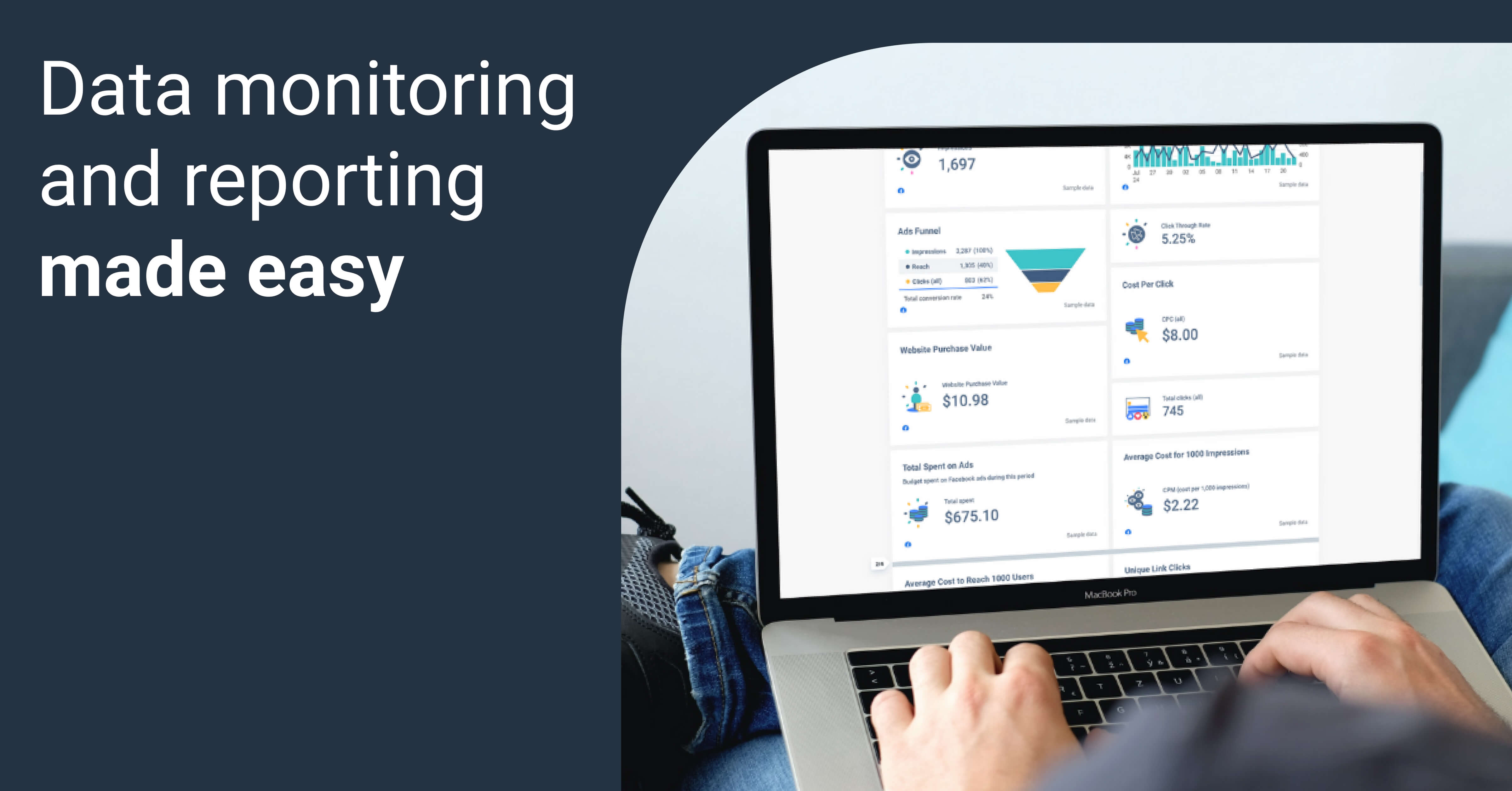